Whatever the Left Touches, It Ruins

The only way to save Western civilization is to convince more people that leftismâ€”not liberalismâ€”is a nihilistic force. Quite literally, whatever the left touches it ruins.
So, here is a partial listing of the damage done by the left and the Democratic Party:
The most obviousâ€”and, therefore, the one more and Americans can resonate withâ€”is the near destruction of most American universities as places of learning. In the words of Harvard professor Steven Pinkerâ€”an atheist and a liberalâ€”outside of the natural sciences and a few other disciplines (such as mathematics and business), â€œuniversities are becoming laughing stocks of intolerance.â€
If you send your children to a university, you are endangering both their mind and their character. There is a real chance they will be more intolerant and more foolish after college than they were when they entered college.
When you attend an American university, you are taught to have contempt for America and its founders, to prefer socialism to capitalism, to divide human beings by race and ethnicity. You are taught to shut down those who differ with you, to not debate them. And you are taught to place feelings over reasonâ€”which is a guaranteed route to eventual evil.
The left has ruined most of the arts. The following three examples are chosen because they are scatological, a favorite form of left-wing artistic expression. Before the left poisoned the arts, art was intended to elevate the viewer (or listener). But to the left, â€œelevateâ€ is a meaningless term; it is far more at home depicting urine, fecal matter, and menstrual blood.
In 2011, a lifelike German sculpture depicting a policewoman squatting and urinatingâ€”even the puddle is sculptedâ€”received an award from a prestigious German foundation, the Leinemann Foundation for Fine Art.
In 2013, the Orange County Museum of Art in California placed a huge 28-foot sculpture of a dog outside the museum, where it periodically urinates a yellow fluid onto a museum wall.
In 2016, one of the most prestigious art museums in the world, the Guggenheim in New York, featured a pure-gold working toilet bowl, which visitors were invited to use. The name of the exhibit was â€œAmericaâ€â€”so one could literally relieve oneself on America.
Thanks to the left, the Philadelphia Orchestra, one of the greatest orchestras in the world, allowed itself to become of a voice of leftist hate last week. It featured the premiere of Philadelphia Voices, â€œa political rant put to musical garbage,â€ as some musically knowledgeable Philadelphians described it to me.
In the fifth movement, titled â€œMy House Is Full of Black People,â€ the black teen narrator chants the following lines: â€œThe county is full of black people/ All wanting to be heard/ While old white men draw lines on maps/ To shut all of them up.â€ Later in the movement, he yells, â€œIf you would all just fâ€”ing listen!â€
Uplifting, no?
On the left, thatâ€™s considered art. And, of course, such politicization of the arts is accepted as the norm. Indeed, thatâ€™s part of the leftâ€™s poisoning of everythingâ€”its politicization of everything.
The left is increasingly poisoning sports. In most football stadiums this past season, one could not attend an NFL game without being subjected to left-wing contempt for America and its flag.
So, too, one cannot watch late-night television if one desires to simply be entertained before drifting off to sleep. Jimmy Kimmel, Stephen Colbert, and other hosts have changed late-night TV into left-night TV. Why merely be funny when you can use your monologues to advance your left-wing views?
The left has poisoned mainstream religion. Mainstream Protestantism, non-Orthodox Judaism, and much of the Catholic Churchâ€”including and especially Pope Francisâ€”are essentially left-wing advocacy groups with religious symbols.
The left is destroying the unique American commitment to free speech. Almost half of incoming college freshmen do not believe in free speech for what they deem â€œhate speechâ€ (merely taking issue with a left-wing position is, in the leftâ€™s view, â€œhate speechâ€). They do not understand that the whole point of free speech is allowing the expression of opposing ideas, including what we consider â€œhate speech.â€
The left has poisoned race relations. America is the least racist multiracial society in the world. On a daily basis, Americans of every race and ethnicity get along superbly. But the black left and the white left constantly poison young minds with hate-filled diatribes against whites, â€œwhite privilege,â€ â€œsystemic racism,â€ black dorms, black graduations, lies about the events in Ferguson, Missouri, and the like.
The left has made innumerable women unhappy, even depressed, with its decades of lying about how female sexual nature and male sexual nature are identicalâ€”leading to a â€œhookupâ€ culture that leaves vast numbers of young women depressedâ€”and its indoctrinating of generations of young women into believing they will be happier through career success than marital success.
And, in some ways scariest of all, the left is poisoning our children with its commitment to ending male and female as distinct categories. One of the great joys of life, celebrating oneâ€™s sex, is now deemed nothing more than a hateful idea in many of your childrenâ€™s schools.
For these and other reasons, if you treasure American and Western civilization, fighting the leftâ€”something all liberals and conservatives need to doâ€”is the greatest good you can engage in at this time.
https://www.dailysignal.com/20....18/04/10/whatever-th 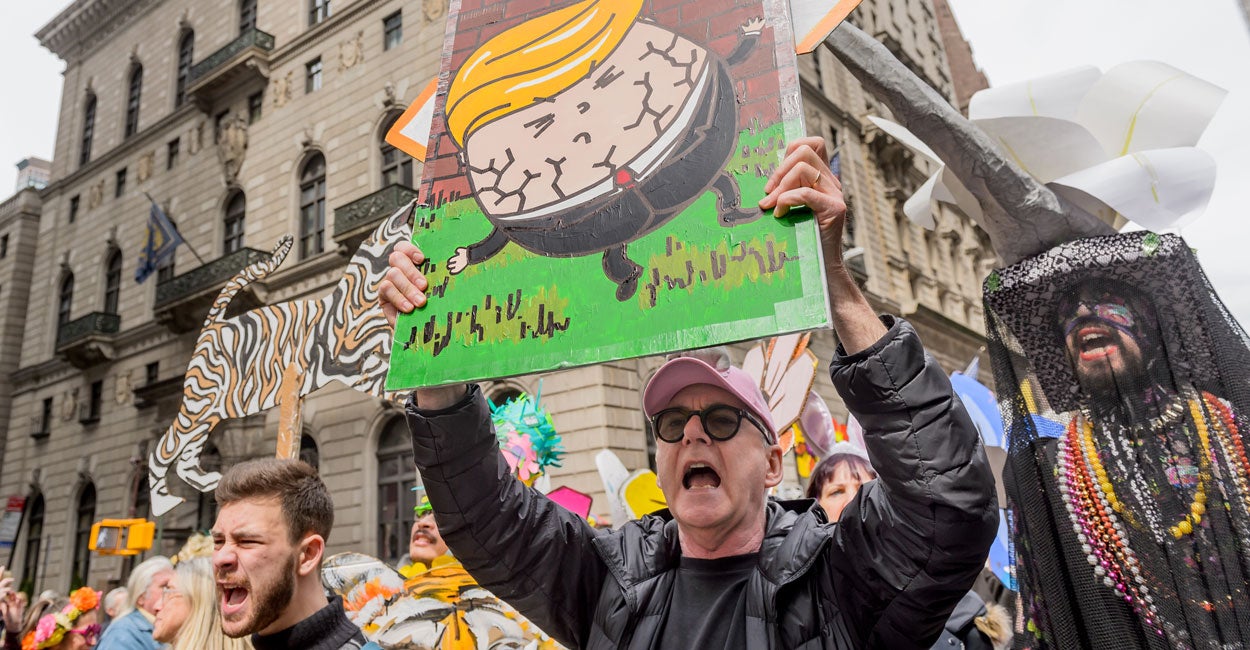 Whatever the Left Touches, It Ruins

When you attend an American university, you are taught to have contempt for America and its founders, to prefer socialism to capitalism, to divide human beings by race and ethnicity.
Please log in to like, wonder, share and comment!